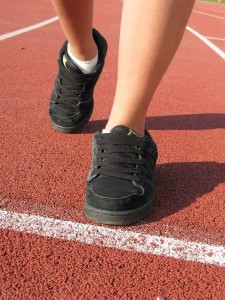 I’ve read in some advice articles that going for a job is like being an entrant in a sprint race. You do hours of tough preparation, turn up on the day of the race, and then run like the hounds of hell are baying at your heels until you (hopefully) are the one who breaks the tape at the end.

While I appreciate the sentiment (and don’t entirely disagree with much of the analogy), the fact is that once the race is over, our 100 meter champion will be looking down on the others who will be busy doing their Christopher Robin impersonations, spraying them with champers, and contemplating how good they look wearing their gold medal. The triumphant job applicant, on the other hand, is thrown into a completely unknown environment where they are expected to work successfully with strangers and unfamiliar systems.

You see, landing a job isn’t just about being the one the interviewer phones up/emails afterwards, it’s also about still being in the job 6 months later.

Yes, this is obvious but then why do so many people get off on the wrong footing in a new job? I suggest that a large proportion of them are subconsciously suffering from the sprinter theory. You know, it’s like how Homer Simpson behaves just before a major pig-out: belt unbuckled, top button of his trousers opened and ‘let it all hang out’. It’s the ‘I’ve got the job now I can relax’ syndrome.

To further illustrate my point, I’m now going to do something I’ve not done in any of the other blogs; I’m going to draw up some stereotypes. I’d like you to see how many times I hit a home run.

The mouse loves being quiet and unobtrusive. They come into a new job and, beyond a few polite greeting-style exchanges, almost totally fail to interact with the other staff.

They don’t notice the newcomer therefore perceive no obvious benefit from their recruitment.

The newbie is ‘not one of us’ and contact is generally to be avoided. Alienation can then quickly set in.

The militant comes into a new job like a whirlwind. Their heads are full of rules and regulations and they place loyalty to this cause far above either loyalty to the company which has engaged them or to their new team mates. For them, stirring up trouble is a way of life and confrontation an occupational hazard.

Then raise the scarlet standard high

The person is pure trouble. The phrase ‘before <their name> came along it was …’ will soon become popular and a divisive culture of ‘us and them’ between management and workforce may well come to exist. Modern economic history has repeatedly shown that everyone loses when this happens.

Some workers may feel the militant has a cause and will want to follow but others will not agree. They won’t care about some minor infringement which they had not hitherto been aware of and will see the writing on the wall about the long-term future of their employer. The militant will make both ardent friends and enemies.

The eager beaver will want to break all company records in their first month and thus will set off at an absolute breakneck pace which cannot be sustained. However such performance records tend to exist because they reflect outstanding effort. Not only that, they’re usually only held by the most experienced and capable members of staff. The eager beaver will only be able to approach these feats through cutting corners and ignoring errors.

The new worker will be regarded as someone who makes mistakes because they don’t listen or, worse still, because they just aren’t capable of getting it right first time. The excessive amount of micro-management will also be noted. Ironically, someone like this who set out to make a ‘great impression’ only ends up supplying nails for their own coffin.

The eager beaver is likely to be quickly despised. Their slapdash efforts at becoming a shining star will not be appreciated nor will the consequential (but maybe not deliberate) attempts at making co-workers look sluggish and poorly performing.

These people scour the minutiae of their job descriptions looking for what isn’t mentioned as opposed to what is covered either specifically or by clear implication. The requirements of the job are an irrelevance making them liabilities in a crisis. Worse still, the Jobsworth feeds off the frustration of others and revels in saying ‘No’.

Since the Jobsworth does do their job (albeit nothing beyond it), management may not be fully aware of their nature. However, they will find out at some future point when the frustration and irritation of co-workers or even clients brings it to the fore.

Anyone working with the Jobsworth will dread contact with them. Those who don’t suffer directly at their hands may joke about it but, sooner or later, the humor will wear thin and that’s when the trouble will begin. There was an era when the Jobsworth was an expected fact of life but those days are behind us.

The know-it-all descends on their new employer with the complete confidence that, despite anything that may be said to them to the contrary, they know best. Systems, rules, regulations, procedures and standards are all ignored in favor of the know-it-all’s own.

We’ve made a mistake – get rid of them as soon as possible!

They see the know-it-all as a fool who is best avoided, ignored or bypassed. Once someone like this is allowed into a key post, their colleagues are either forced to do the know-it-all’s work for them or to enter into frequent confrontations. 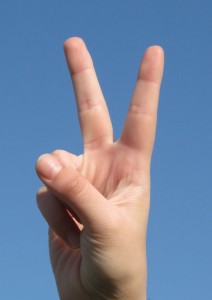 It's all that matters

As I said earlier, these are caricatures of people. In reality, most of us are mixtures of all of the above and more. The thought I’d like to leave you with, though, is the question of not ‘Am I any of these?’ but (and much more importantly), ‘Am I perceived as being any of these?’.

Getting the job is not winning; getting it and keeping it is.