If you’ve got to take an aptitude test and are worried about passing, don’t worry, I’m going to talk you through how to shine – all you have to do is to apply a little method to it all. The main thing, though, is an ability to follow instructions so, if that’s too much of a challenge, switch your PC off, give up on the idea of getting a job, climb back onto your couch, and reassume your descent into brain death.

OK, I guess I’ve got a thing about people who can’t follow instructions.

Over the years, I’ve lost count of how many of aptitude-style tests I’ve devised but they all boil down to analyzing three basic aspects of a candidate’s character and make-up.

What they used to call the 3R’s where I come from and I’ve had more than my share of job candidates who think that ‘writing’ begins with an ‘R’, contains two ‘T’s’ or doesn’t end in a ‘G’. Sometimes a combination.

Believe it or not, there are still many employers who like their workers to be able to communicate without ambiguity (especially through lack of punctuation). For example, in the old chestnut, “Don’t do that”, which, if not punctuated correctly could be either:

… with potentially disastrous consequences for an erroneous usage. Good spelling and grammar are also perceived as signs of intelligence so, unless you have good medical reasons (are dyslexic, for example), knuckle down and start getting it right.

I can’t give you an easy (nor ‘ez’) solution for this however now is the time to finally get to grips with rules like “‘i’ before ‘e’ except after ‘c'”. It’s also the occasion to learn when it’s “it’s” instead of “its” and to know when it’s “to” instead of “too” – and (vice versa, of course). There’s a good discussion on Yahoo Answers about favorite spelling errors but, if you’ve a lot (rather than the hideously awful “alot”) of time, you should visit the Washington State University page, ‘Common Errors in English Usage’.

Don’t forget your multiplication tables, fractions, ratios and percentages – if you can’t do them, get help. Try the BBC website for free tuition and also tests to see if you are up to speed.

You’re never too old to learn.

This part of an aptitude test is aimed at assessing if you know your onions therefore obviously what you are likely to be asked depends on your job. However, I would say that test writers love to see if you are paying attention and not just mindlessly churning out answers. They do this by turning questions on their head.

For example, “Which substance can’t be used for fighting fire – powder, foam, kerosene, water?” OK, this one was obvious because I drew your attention to it but put it in with 19 other questions all asking the positive and it soon sorts out who’s (not whose) awake and who isn’t.

These questions are invariably multiple choice style because a) the interviewer wants to ‘control’ your response for ease of marking and b) the results are often entered into a computer for detailed analysis by management.

Remember, if the question seems unbelievably specific (for example, it requires you to know something that you couldn’t possibly know) then either the test is flawed or you aren’t reading the question properly. Guess which one is the most likely.

Pay attention to each question!

By the way, if you’re wondering about the rationale behind aptitude tests, there’s a video on Youtube that puts it very clearly although I do wish that the writer had invested in some actors or, at the very least, an avatar.

Anyway, to return and onwards to the last of my three categories and the one which is closest to my own heart (rumor has it I have one).

Now this (to my humble mind) is where the aptitude test really comes into its own. Any interviewer worth their (not they’re) salt is dying to ask:

Apart from any legal aspect of asking such a question at interview, what purpose would it serve? Would a robber say, “Oh, yes, I’m a robber. You’ve caught me out with that question”? Probably not, unless they were a particularly mentally-challenged or honest kind of robber.

Let’s look at how an aptitude test might tackle the same issue. I’m going to take the case of a brewery I once did a lot of work for about twenty lifetimes back. There was a lot of pilfering going on.

You’re on the night shift and you see one of your mates carrying a crate of beer out to his car. When you ask what’s going on, he tells you to either look the other way or help yourself. What do you do? 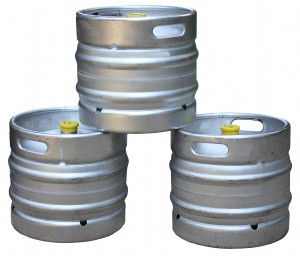 How many would fit in your boot?

You may think the right answer’s obvious but I’ll tell you now that only a very small percentage will choose it. You might be surprised at how many will think that they have a right to steal (and that’s exactly what it is) or are too lame to realize that robbing the company is like hammering a nail in your own coffin (if the company loses money, you lose your job).

In the end, and if you are interested, the brewery in my example gave their workers a 1 gallon can a week and the opportunity to purchase more ‘at cost’. Pilfering more or less stopped overnight but it had been very bad until then.

These type of questions, which on the surface seem very chatty and friendly, are really highly-searching. They allow the interviewer to put you in positions that just would not be possible in direct questioning and, they shine a laser beam right through to your core. A dozen questions like my example, will exhaust an average candidate and, irrespective of how hard they try, the last few will probably hit home.

Stay alert and think what your answer says about you. Remember all that you need to know is in the question.

The best use for dummies

I’ve used these extensively in my assessment of applicants and I love them – so much so that I can’t wait for someone to introduce a virtual reality version. That would be just too cool for words!

There are many free aptitude tests on the internet. Check them out, notice the wording, brush up on your spelling and grammar (and never rely on the computer’s spellcheck facility – that really is for morons). Finally, think carefully about what your answers to an aptitude test are telling the company you want to work for – a bad choice could lose (not loose) you a chance.

Would you give you a job?