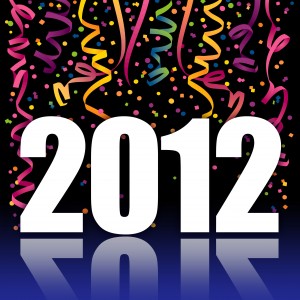 In case you'd missed it.

It’s 2012 in case you hadn’t noticed. Did you make your New Year’s resolutions and, more to the point perhaps, have you already broken them? That’s the trouble with good intentions – our actions (or inactions) often mean that we quickly start falling short of our lofty goals and then, frustrated with ourselves, we simply give up.

However, don’t worry. There’s still plenty of the year left in which some very worthwhile job-seeking goals can be reached through a few straightforward resolutions. These are ones which you can definitely keep and which will dramatically boost your chances of finding worthwhile and lasting work. 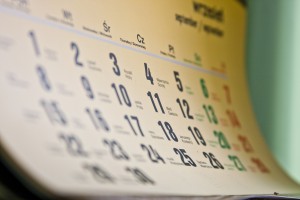 For example: have you checked your resume through thoroughly? Are all of your contact details current? An employer faced with more job applications than they know what to do with is not going to waste their time trying to figure out if you’ve accidentally reversed two digits in your phone number or that you’ve left a full-stop out of the name in your email address. If they draw a blank with their first attempt, they’ll just write ‘Can’t be contacted’ on your application and that will be the last you ever hear of them. Your first resolution is that, having got your resume up-to-date, you’ll now keep it that way for the rest of 2012 and hopefully beyond.

Your second New Year’s resolution should be to make sure your cover letter is always targeted towards the specific job you are actually applying for. Too many job applications arrive in front of employers looking like they’ve been generated in a huge batch before being summarily stuffed in the nearest envelope irrespective of its color, condition, or size. While there is really no need for expensive hand-made vellum stationery, using good qualify white or maize-colored paper and envelopes is professional looking and more tactile to the interviewer. Decide that you will carefully dispose of your old resumes, and that you will henceforth only use the right size envelopes.

The third New Year’s resolution is to just get out there and never say die. When you’ve had the door shut in your face more times than you can remember, it’s all too easy to concede defeat. However, faint heart never won fair lady and if you don’t persevere, you definitely won’t succeed. Decide that, despite what may have gone before, 2012 is the year that you’ll be truly pro-active.

To complement your pro-active resolution, make a list of all the companies who might have suitable job vacancies, get together a bespoke package for each of them, and then pay them a visit during their off-peak hours. This would normally mean avoiding Monday mornings or Friday afternoons, first thing in the morning or last thing in the evening, and the day before or after a Public Holiday. When you arrive, ask if there is a relevant manager you could see and, even if you are turned away, get the person’s name, a direct phone number, and their job title. Leave your cover letter and resume and then, a day or two later, call at an off-peak time to see if they’ve got it and if there is any possibility of coming along – not for an interview, but just for a quick informal chat and an opportunity to see the company. While this may seem one step back from an interview, you will be making a potentially valuable contact and also personalizing your application.

Don’t let a refusal put you off. Accept it politely, dust yourself off, and move on to the next.

Your fourth resolution is to network. If you don’t already do this, you are missing out on an estimated three-quarters or more of all job vacancies. Incredible, isn’t it? In this age of instant electronic communication, it still isn’t a case of ‘what you know’, it’s more ‘who you know’.

Networking can be very enjoyable as well as rewarding. The thing to bear in mind is that you cannot tell which contact is going to come up trumps – that’s part of the fun of it. Dead certs prove lemons and long shots romp home. That’s the basic law of networking, therefore ‘throw no-one away’ must be the rule of the day. Faithfully record the name, phone number and email address of every contact you make in either a ‘Little Black Book’ or on a spreadsheet and, having gone this far, keep in touch with them. 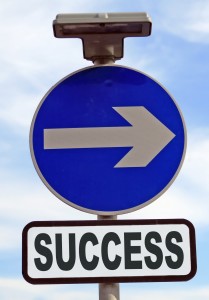 Make sure you're going the right way.

My fifth and final New Year’s Resolution is aimed at the long-term unemployed. If you’re unfortunate enough to live in an area with high unemployment or one where your skills are no longer in demand, finding work can be tough; very tough. If you haven’t already tried it, I’d like you to start thinking laterally. Go back to basics. I know it’s stating the obvious but answer the question “Why do I need to go to work?”

It’s the money of course. But just consider the bottom line instead of how the sum’s arrived at. What I’m suggesting is that, if you can’t find full-time work, why not piece together a combination of part-time and temporary jobs propped up with some work from home? There are plenty of jobs which can be done without leaving the house and, even if they aren’t particularly well-paid, there are no associated traveling costs nor wasted commuting time to consider. Think it’s a silly idea? If so, read one of my earlier blogs about the cash benefit of working from home and you’ll see how it stacks up.

Getting the right job isn’t just a numbers game; it’s also a case of hitting the mark. It’s a bit like one of the underlying principles behind self-defense where a small force applied with accuracy can overcome a much larger force which lacks discipline or direction.