“It is not so much our friends’ help that helps us as the confident knowledge that they will help us.”: Epicurus (341 – 270 BC)

That’s the guts of networking – knowing that we can take on challenges that might otherwise scare the living daylights out of us. I so love these old quotes – the Greek and Roman philosophers spent ages considering their choice of words and the message that they really wanted to convey. Nowadays it tends to be just insincere spin. Epicurus knew what he was talking about so, how do we put this into action?

We looked at the basic whys and wherefores of networking in the first part of this series along with how to do it passively. Now I want to investigate the concept of active networking and this first part will cover how to make sure that you get the maximum benefit from your efforts.

Thorough preparation really is crucial to your success. If you are not properly prepared then you will:

This last point is very important – don’t forget that you have to appeal to the other person. Come across as sloppy, disorganized, careless etc and they will make their excuses and disappear never to return.

Therefore, wherever you go, carry the following with you:

If your family are hard-put to find a Christmas present for you, suggest one of the new digital speech recorders. Some of them are now so small and well-disguised that they look like you’ve raided the 007 props room. However, they are only any good if you then carefully transcribe the notes you have taken into your database.

It takes dedication and commitment to make a success of networking. If you only write things down sporadically, you will only get very limited benefit. It’s like keeping a diary – if you don’t do it every day, it will soon become pointless.

Proper mental preparation is also essential. After all, it’s no good going along to a networking event if you aren’t in the right frame of mind or haven’t got the occasion in proper focus.

If you don’t believe in yourself, no-one else will – that’s as sure as eggs are eggs.

I’ve ruminated for some time over the best description for what takes place when you’re networking. The experience isn’t as impersonal as some so-called gurus would have you believe – it is a personal thing, there is a form of attraction that works. Of course it isn’t a physical one, I’m not suggesting that you both romp off to the nearest motel, but, in order for your networking to be successful, you do have to make a connection.

In other words, your co-networker has to find you someone whom they can work and communicate with, and trust as far as is necessary. Although not totally mandatory, it really is a major boon if they actually like you.

I don’t feel qualified to advise anyone about making themselves ‘attractive’ in this sense but I do know that you will fare a sight better if you are:

It is essential for you to believe that you are going places. If you don’t, you will come home from a networking event disappointed and dejected and this will either carry forward to the next one or you will just give up – it will be much the same either way. 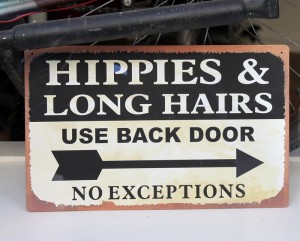 My suggestion is that before you go to your first networking event, you work out exactly who you are (sounds like something from the Sixties, doesn’t it?). “Hey, I’m trying to find myself, man”. Seriously though, you must decide on:

This does not need to be written in stone as you are bound to need to change it later, but at least start out knowing where you want to go.

I deliberately missed one important thing out of the list for making yourself attractive because it merits a mention on its own. While being friendly and confident are very important, the ability to listen is vital. We all love people who listen to us. It makes us feel important, valued, worthwhile, etc.

If you aren’t a particularly good listener, now is the time to change things. Since it’s got to become a way of life, you might as well start at home. So, practice on your spouse. He or she will be delighted but perhaps a bit suspicious about the motivation! Find things to test your memory over. Play ‘Happy Families’, study family trees and then test yourself on what you remember, and do anything and everything to increase your short-term memory retention.

Here is a video which, although a bit on the quick side, does give some really good suggestions for remembering names.

There are also plenty of ‘text’ websites which promote ways of boosting your memory and helping you to recall details e.g. with mnemonics such as the schoolroom ‘Richard Of York Gave Battle In Vain’ which helps children to remember the colors of the rainbow in the correct order.

There was a recent survey carried out in the UK about just how many jobs go to people ‘on the nod’ – aka ‘connected’, ‘networked’ or, through its old-fashioned title of ‘nepotism’. With a calculated 34% of the working population benefiting this way, it’s a case of “If you can’t beat them, join them”.

At the risk of breaking my own rule about not saying anything negative in a conclusion, I am going to issue this by way of an explanation and also a warning to the unwary.

It is possible that you feel I’ve made a meal out of the need for proper preparation – I haven’t. The fact is that if you don’t prepare properly you will:

There are a finite number of worthwhile people in your industry and, if you are lucky, you will get a chance to add them to your growing list of valuable contacts. If you don’t handle it properly, your reputation will precede you and not only will you not acquire network contacts, you also risk becoming a pariah.

First impressions count so be prepared.

Networking is the thinking person’s alternative to:

Work is such a bore, don't you find?

It is, without doubt, one of the most valuable weapons in your arsenal. Spend the time preparing like I have suggested and become a great networker!

The next part will cover meeting people and effective behavior at networking events.