Would ‘Going green’ take you out of the red?

Gas prices rose to over $4 a gallon at the beginning of 2011 – making it double that of what it was just two years ago. Therefore I reckon it’s high time to reconsider the economics of your work and I’m not even debating the ethics of using up the planet’s resources.

Even at $4 a gallon, the US is being heavily protected from what will definitely soon come to pass. Just across the ‘Big Pond’, UK drivers (remember they have North Sea oil) are paying nearly $10 a gallon.

With that in mind, just how much are you prepared to shell out before you ask yourself the simple question ‘Is it worth me going to work?’. Or, to be a bit more precise, ‘Is my current employment situation proving viable?’ and that’s the one I want to put to you now.

After all, it’s a pretty basic con trick where the conman asks the ‘mark’ for change from a twenty but really only ends up handing over a ten or a one. If someone is offering to give you a dollar but it’s going to cost you twenty to get it, you already know what your answer’s going to be, don’t you? And with that analogy, I’m hoping my question doesn’t seem quite so daft because it isn’t, trust me.

Traveling to work is not just about gas consumption, it’s about a whole host of factors. If you haven’t already done so, now is the time to do some basic economics. So let’s look at the sums together and see how it all stacks up.

I’m going to assume that you’ve got an average family saloon runaround. Using some pretty typical values you end up with about $0.60 per mile.

According to ABC News, the mean commute distance in the US is 16 miles. That’s 160 miles a week and 8,000 a year. The same survey suggests that an average of about an hour a day is spent commuting and, let’s face it, neither gas prices nor commuting times are set to decrease any time soon (do I really need to use the word ‘soon’?). So, we’re looking at 500 hours a year just driving backwards and forwards, risking life and limb (I’ve been hit 3 times from behind and I’ve spent the last 20 years being unable to walk more than a few yards because of a rear shunt) just for the privilege of working. It’s a bizarre way to spend a life, isn’t it?

The Office of National Statistics have just done a study in the UK  relating to how long people spend commuting each year – it’s staggering when you look at it over a period of time. What a waste of life! 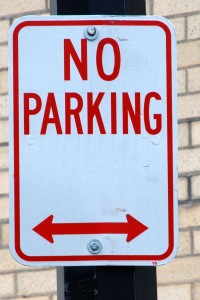 "Welcome to our city"

Now, if I take your time driving as being worth just the minimum wage, the true annual running cost is $8,550 a year. In other words, you could afford to be that much worse off if someone paid you just over $7 an hour to work from home. Not only that, if you are on a 35-hour week and receiving Minimum Wage, this would be equal to nearly two-thirds of what you are getting gross. Basically, you may as well sit at home and watch daytime soaps.

That’s a thought to let rattle around your brainbox for a while although how much of one you’d have left after a few weeks of watching daytime soaps is debatable.

Based on that – the concept of how much money you are paying in order to work (as opposed to the consequences of back-to-back sessions of ‘The Doctor Is In’ and ‘Families And Friends’) – I’d like to put forward some radical ideas for you to ponder on. Even if they aren’t completely applicable to you in your current situation, I’d still like you to contemplate how they could be adapted to fit. Of course, you could just trade your job in for one that’s geographically nearer but with work being so hard to find, I’m going to assume that’s either an unpalatable or unrealistic expectation.

Do you have skills which could be used to work from home? If so, and as long as you are prepared to sell your car, you could afford to cut your rate of pay (or cut your lunch break a bit) as an incentive to your employer to let you work from your den or home office. Maybe you’d still have to go in some days but that is an improvement on driving to work every day. Using our ‘Average Joe/Jo’ as a character, you could even afford to offer your company a couple of thousand bucks a year as an incentive. That may seem hard to swallow but keep your eyes focused on the bottom line. If you end up with more money to spend, does it matter how the sum breaks down? Given how strapped employers are at the moment, this may sound appealing to your boss. 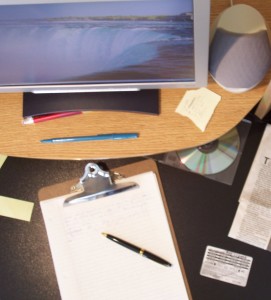 Home is where the heart is (and the office)

If you don’t get an entirely negative reception to your suggestion, why not take it one stage further and offer to make yourself a coordinator of other staff doing the same thing? If your company’s worried about paying people for watching telly, all they have to do is to purchase some relative cheap software which monitors when staff are working remotely. Thus you would ‘clock on’ in the morning from your den and ‘clock off’ again at lunchtime and so on.

With video conferencing being entirely free, there is definitely a good argument for not commuting.

From your company’s point of view, you save them on heating and lighting as well as possibly reducing their insurance premiums. It’s a win-win situation for once.

If you work normal daylight hours, a big part of your commuting problem is because you are like the majority of the working population. You all churn out onto the same bit of highway at the same time as each other. If you could just shift that by an hour at each end, you would literally save hundreds of hours a year in reduced travel times. I realize that you may have personal commitments such as taking the kids to school but I bet that some small rearrangement of your time is possible.

I’ve just looked at two ideas here but hopefully it will have set you thinking. I’ll cover working from home in more detail in another blog – something which represents the absolute optimum solution, of course.

Commonsense is the main obstacle to a more eco-friendly and economic solution to the commuting problem. Unless you actually manufacture a product, must physically meet people or you use an expensive piece of equipment in your work, there are few justifications for making people travel to work. So why do it any more?

Just remember next time you drive to work – you’re paying for the privilege.