When “Easy Street” meets “The Road To Nowhere”

Have you got your excuses nicely rehearsed and polished?

Everyone else is doin’ it …

It was just the first time … 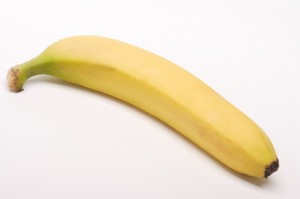 It's all too easy to slip up

Apart from the subject matter, they’ve all got one thing in common – none of them work. If you get caught taking a bribe, you’ll have to face the music. That’s what I want to talk about in this blog.

Like it or not, bribes are a big part of our working culture and they’ve been around since long before some pyramid-construction overseer coughed quietly and patted the saddlebag on his camel just before signing off a whole load of non-existent slave overtime sheets to their owner. Bribery is all around us, from the perfectly legitimate ‘something for nothing’ special offers that shops use all the time, through to corrupt officials taking payments for turning a blind eye to an act that will cause tangible misery.

Witness the number of words and phrases we have for the act:

… and other cultures are no different.

Most of us will face a situation at some time in our working lives where we are given a straightforward choice – to do what we know is legally and morally right, or to choose either to go against this or to look the other way.

By the way, in case you’re worried, this is no ‘moral high ground’ pulpit-style rant. I am just looking at what is best for you in both the short and long term. I won’t complicate the issue by invoking greater considerations and complications. Preaching is for preachers.

I’ve encountered corruption more than a few times in my life. I’ll also confess that I’ve been tempted – who wouldn’t be? Taking a bung promises easy money for doing very little, but, you see, that’s not really how it works and it’s this rationale that I want to leave you thinking about.

In my experience, the single factor most likely to leave you out of your depth is to have a briber lead you from your normal comfort zone. That’s the way they work – they put you on the spot and then seduce you into going along for the ride. If that is your conscious decision then so be it, but chances are you’ll just get caught up in the moment and then regret it afterwards.

I’d like you to shed the notion that this is just something that happens in South America, China, or some other far-off country. It also happens a lot in Hometownville, US of A. According to a study carried out by the anti-corruption association, Transparency International, on 3,000 executives in 28 countries, the US ranked only tenth best, lagging just behind the UK.

Not only that, I’m 100% confident that they’ve just scratched the tip of the iceberg with that survey. The rot is far greater, believe me. 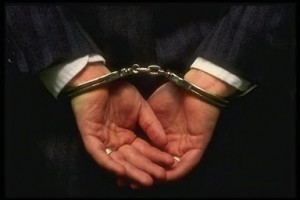 One size fits all

A briber’s initial strike is like that of a tetchy snake on acid, and it’s this sheer suddenness that can easily overwhelm you. Of the four main occasions in my life where I’ve been exposed to it, each bung has been hurled at me without warning or precursor. The reason I’m looking out at mountains through the window next to my desk and not an asphalt courtyard through a set of iron bars, is that I managed to stall the first time and give myself long enough to think things through. Subsequently, I’ve just fallen back on that original logic and stuck to my guns.

That first time, I was desperate for cash. I was earning far less than minimum wage, my family had abandoned me, and I had bills coming out of my ears. All I’d been asked to do was make one phone call, give a six or seven digit number, and then hang up. That was all. And it I would have been paid more than a whole year’s salary for one act taking under one minute to complete.

I confess I was sorely tempted but I’ll give you my answer in a moment. First, I’ll just tell you about another occasion which didn’t involve me directly but … well, you’ll see.

I’d been invited to a trade dinner at the Savoy in London and was coming back with two friends (who’d invited me to take a seat on their company’s board) and two other men. I didn’t know these other two and they only seemed to be fringe acquaintances of my mates. They worked for a water company and there was something about them that made me feel uneasy. They also got very drunk and we had to keep stopping
on the way home for one or the other to be sick.

My gut feeling of unease turned out to be well justified.

I later discovered they’d been approving invoices for payment for work which hadn’t been done and, in return, getting a backhander from the relevant contractor. For example, they would be sent a bill for, say, $10,000 relating to some non-existent project. They would then authorize payment and get $1,000 back for their trouble. When they were eventually caught, they got a nice term in one of Her Majesty’s
finest full-board establishments, complete with the window bars and an asphalt courtyard.

Now, back to me, and the message I’d like to leave with you.

When you are first approached about taking cash, a “gift”, or other goods in return either for doing something illegal yourself, or for ‘not seeing’ someone else do it, remember this. The other party wants something so desperately that they are prepared to pay handsomely for it. This gives you all the cards and means you can name your price – lucky you. 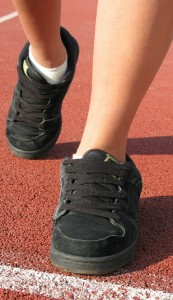 Take the money and run?

Once you’ve taken a bribe, the second time you won’t be so lucky when it comes to the greenbacks – you’ll get what you are given. After the second time, you are already ‘bought and paid for’. You’ll do what you are told to do because, if you don’t, you’ll be blackmailed until you do.

If you are offered a bribe, you have two alternatives. You can set the price so high that you can take the money and disappear forever to somewhere that doesn’t have an extradition treaty. Or alternatively, you can do what I did and say, “Sorry, didn’t hear you – and don’t repeat it”.