What questions should I ask in an interview?

You’re getting towards the end of an interview. The interviewer’s given you a lot of chat about the company which, in all probability, has bored the pants off both of you. Suddenly he or she stops, they look you straight in the eyes, and then ask that awful question, “Do you have any questions?”

Go on, admit it – you’ve been there and then had a panic attack.

The strange thing is that we know it’s coming but never prepare for it. I’m reminded of examples of people who’ve had the questions (and even the answers) to an exam and then somewhat incredibly ended up doing worse than if they’d not had the knowledge. It’s bizarre, isn’t it?

There are three basic options available to you. You can say some variant of:

There are no gold stars on offer for choosing the right one.

You see, in my simple little head, I can’t imagine why any sane person goes for an interview unless they’re actually trying to get the job. It could be that the interviewer puts you off the job during the interview (I’ve been in that situation) but you did start off wanting the job.

So, what sort of questions could you ask?

I’m going to give you some suggestions to which you can obviously add more. Let’s start by creating three categories.

So, Interviewer Person, tell me about …

Now I’d like to give you five sample questions for each category. 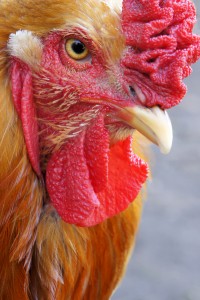 How I’d fit in

I’m sure that you can come up with plenty more so get thinking.

To help you, there’s an excellent video on Youtube which gives 7 interview questions and the psychology behind them.

I’m pleased to see that whoever made the video shares my opinion that, beyond an awkward silence, the next worse response to “Do you have any questions?” is the cringingly awful “Well, I think you’ve covered it all pretty well already” that I gave as one of the basic options above. Start the bus, please, someone!

What I’m suggesting is you ask 3 questions, taking one from each of the above categories. Trying to ask all fifteen questions would make them sound like you’re reading a script and, besides which, there won’t be sufficient time before the next interviewee is due in.

By selecting such a spread of questions, you show yourself in the best possible light.

The psychology is fascinating but quite logical when you think about it. You’re trying to:

… and a host of other things that you’d never otherwise find out. 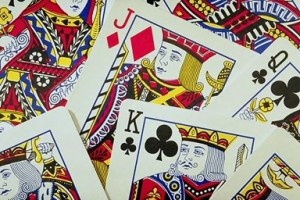 Hold the aces by asking the right questions

Of course, these questions are no substitute for doing your homework on the company. With the power of the internet behind you, there can be no excuse for not knowing the major projects the company is involved in, where it seems to be going, its corporate structure and, of course, the general ‘scuttlebutt’ that trails any major organization. Be wary of asking the latter but keep it at the back of your mind.

I’ll be honest, the cheekiest question I’ve ever asked was “When do I start?” I wouldn’t recommend this to anyone and I only dared to do it after I’d proved myself worthy following a thorough grilling from the interviewer. He’d created an imaginary scenario which he then complicated one step at a time, asking me how I’d deal with it in every case. Eventually the scenario had got so complex that I just admitted I had no idea – it was way too difficult for my humble brain. I then asked him the answer to which he joked that I’d left him behind several complications back. We laughed about it for a while, then he got me a drink and I asked that question. His answer was “I’ll call you” to which I replied, “I’ll wait, then.” A few hours later he was on the phone offering me a starting date.

Getting these questions right is vital. If you’ve been asked to an interview, then no matter who you’re up against, you’ve got a chance. If you could be a fly on the wall, you’d see that most interviews are pretty much identical with the only distinguishing feature being the questions asked by the candidates. Since most of those will be dull or dim, make sure that you really shine.