Put a hook in your resume cover letter

No, I don’t mean the sort of thing that you catch fish with, that would certainly not make you very popular with the mailman, secretary or interviewer (if it got that far).

What I mean is a verbal (well, written, to be precise) ‘hook’ that makes the interviewer really want to see you because you are intriguing.

Can you imagine what it’s like for the interviewer when a job vacancy’s been advertised? Hundreds of resumes and application forms flood in. Many are semi-literate scrawl that are destined only for the no-hopers bin. Of the remainder? There’s dozens of the dratted things. Your desk is overflowing with desperate wannabe’s who are all theoretically in with a chance. From that, you have to reduce it to a manageable shortlist.

So, you pick out 6, 8 or 10 likely candidates and tell the secretary to schedule them for interview.

The day arrives, you hastily gulp down the antacid medicine that permanently resides in your desk’s middle drawer, and you wander aimlessly down to the interview room dreading what’s coming next.

You have a list of questions you’ve agreed with your boss or the line manager whose vacancy you’re dealing with. They’re all the same dreadful Politically Correct questions that you so hate. How you long to ask something shocking but you daren’t, otherwise the next job being advertised will be your own.

You go through the motions with each candidate noticing only that they all say the same thing. All mental images of them merge together (like when you get dragged along to look at unaffordable lounge suites with the wife) at the end of what’s been an interminably long day. You then hastily make your recommendation and leave it to others to sort out the paperwork.

One of the cover letters on your desk has really caught your attention. The person actually sounds interesting, and even though there might be a few better qualified or more experienced candidates, you suddenly find yourself looking forward to meeting them.

That cover letter or, more particularly, what it contains, is the hook I’ve been referring to. Now you’ve seen why it’s important, let’s look at what it actually is and how you can benefit. I guarantee one thing and that is you have at least one hook in your arsenal (even if you don’t realize it) and, in all probability, quite a few more.

A hook is an item which captures the attention of the interviewer and makes them want to see you. It won’t get you the job but it will get you an interview.

OK, let’s look at the structure of our standard cover letter and see how we can build in a hook.

Here’s how it goes:

Now this is OK. It does the job and will work but it’s like saying tepid water would quench your thirst on a hot day. A chilled beer (or soda if you’re teetotal) is surely preferable, isn’t it?

Let’s pretend you are applying for a job as assistant store manager for a big retail chain.

You can happily use the standard cover letter template but, instead of the ‘why you want the job’ text, let’s change it for this.

“I am particularly interested in this vacancy as it would represent a natural career progression for me from my current role as senior supervisor.”

“I note from several visits to your store that white goods do not seem to sell as well as they might. I have some ideas for how this could be improved upon and would love to discuss these with you should I be successful in my application.”

What NOT to be!

Have I got your attention (Mr/Ms Interviewer) or what?

You could have latched onto how Oriental foodstuffs could be better promoted and mentioned your love of Asian cuisine.

Let me give another example to show that it works for the public sector just as well.

You want to apply to work in your local municipal works department.

Take the trouble to find out what projects they’ve got in the pipeline, or what major contracts they’ve handled recently, then mention how much you’d like to be involved in something like that.

The third one comes into play when you really can’t think of anything for the first two. Like, for example, you’ve recently back-packed across Australia or taught yourself sign language.

Here are some examples of what you might consider for each of these hook types. 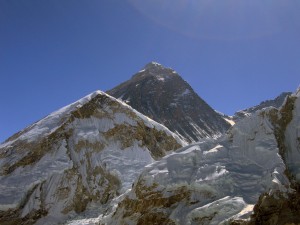 We’ve already looked at the reason why grape-shooting may be fine for turkeys but is not the way to land yourself a job. Therefore it is worth spending time on developing your hook. It may well be that you don’t get it right first time and that some employers may take one look at it and dismiss you out of hand.

But stop and think about it. They noticed you.

OK, THEY didn’t like your application but they did really read it. Logically, therefore, there will be an employer out there who sees what you’ve said in a more positive light – someone who sees you as not just another applicant looking for just another job (even if that’s what you are at heart).

It’s easy for jobseekers to dehumanize employers but, when it comes down to it, you are just a person trying to appeal to another person and you only need one success to make it all worthwhile.

Make sure you keep a spreadsheet of who you’ve applied to and what hook you’ve used. If the rest of the cover letter is standard (which is fine), just record the hook part. That way you can see what works and what doesn’t.

A finely-tuned hook will cost you nothing bar a bit of effort, and will sooner or later get your toe in the door. From there it’s up to you and another of our blogs!