Networking – Who needs others?

“There is no surer bond of friendship than an identity of community of ideas and tastes.“: Cicero (106 – 43 BC)

Two sayings from Greek and Roman philosophy. Sure, but what have they got to do with the modern world? The answer is … ‘everything’. So, just in case you’d skip-read the quotes, here are three things that they tell us: 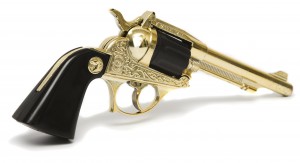 Available for hire - with operator

We naturally admire people who have ‘stood on their own two feet’ or ‘gone it alone’ – it’s the monosyllabic hero who rides into town and metes out his own brand of justice. If you like the genre, it makes for a great film, but ultimately it’s not very realistic.

In real life, we need our friends and contacts. The quotation, ‘No man is an island’ is much more germane.

The thing is, that through the eyes of the media, when we see an entrepreneur who’s made it, we only see the individual – we don’t see the host of people who’ve given him or her essential support and advice along the way. And it’s not that the entrepreneur wants to hog the limelight, it’s just that many of these other support people have only been peripheral and they don’t fit in with the romantic ‘Man With No Name’ image.

But, without those myriad other people, our entrepreneur’s biggest claim to fame would probably be a standard entry in the local phone directory.

If you want to rise above the rank and file, you need to follow the advice of those philosophers. That is to:

You’ll find these people everywhere but you have to keep your eyes open or you will not see them – they may not always be so obvious. It can be anywhere you meet similar-minded strangers en masse such as at jobs fairs for example. We discussed how to get the best from these in an earlier blog.

But what can networking really do for you? If you split your career ambitions down into a play with three acts, here’s a brief list of what your network contacts might help you with, act by act. They can:

These are just suggestions but hopefully they will have got you thinking. 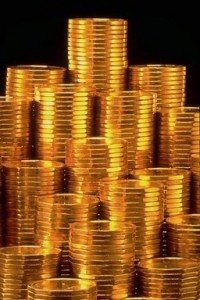 One day you get lucky

The point is that networking is like a lottery – you won’t win if you don’t buy a ticket. Fortunately, with networking, it doesn’t need to cost you anything but it does take time and commitment. Networking is a bit like setting up one of your own fraternities (or sororities) except there are no strange initiation ceremonies, hazings, or bizarre handshakes. That said, your network contacts will expect to be able to call upon you to help them where you can. It’s a two-way street so don’t think everything’s going in your direction.

Networking should be viewed as an investment. While you may get lucky and just ‘bump into someone’, the probability is that you won’t. However, if you get a sufficient number of contacts over a long enough period of time, sooner or later you will find people who can individually or collectively make a difference to your life.

The power of networking has been demonstrated in a recent UK survey among graduates where two-thirds of the interviewees said that they believed who you know is as important as your qualifications.

But why should anyone help you? There’s only one real reason and that is because they know that if they get in a muddle, you’ll help them if you can.

There is a good video on Youtube about business networking. It offers excellent advice but you will need to keep pausing the film in order to digest what it is saying. The video’s style is a bit (how can I put it?) low budget, but ten out of ten for content, hence my recommendation.

Please note, network contacts aren’t like family or close friends (although they may become that) so you are not expected to throw yourself under a bus in order to push them to safety. These are commercial friends – people who understand that you will help them provided that it is not against your interests or the interests of your company. Bear in mind that this will be their attitude towards you as well.

A losing hand in the long run

Another attitude some of you reading this will have to shake is the idea that you get to the top by being sharp. What I mean by that is that you should refrain from adopting the attitude of an old boss of mine who thought that his network contacts were usable commodities, to be stabbed in the back if the mood took him. While it worked very well for J R Ewing in Dallas, it doesn’t turn out so happily in real life and the end result will be that all trust will be lost and, once lost, it will never be regained.

I’m going to explore the idea of successful networking more in subsequent articles. In the meantime, I’d like to get you started in the right direction. If you don’t have one, invest in an alphabetized notebook – the sort of thing that we used to write phone numbers in, long before smart phones came along that could lose all of our data at the click of a button. Get a hard-back book – the sort that will last because this is an investment for your working career and well worth a few bucks.

Don’t put your normal domestic and work contact phone numbers in the book, just record the ‘special’ ones.

You’ve now taken the first steps towards becoming a successful networker. We’ll look at how you can boost the number of your contacts and how best to access the people you find in further blog articles.