Every man is the king of his own beard

So says an old Persian proverb.

In our clean-shaven society one could also say that a man might be ‘dopey’ if he wasn’t – until recently, that is.

Confused? If I said that I’m referring to male Disneyland employees, maybe I’d make a bit more sense. It’d be clearer still if I used a capital ‘D’ for ‘Dopey’.

Don’t worry if you think I’m raving. You see, that’s the trouble with dress codes, for the most part, they just don’t make any sense whatsoever. 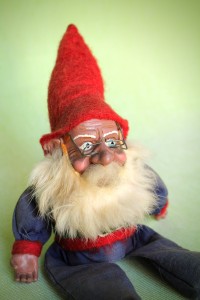 Get that face fungus cut!

Dopey is the only one of the Seven Dwarves without a beard and, despite the many billions of dollars which he and his six hirsute colleagues have earned Disney over their superannuated lifespan, he’s the sole band member who would not have faced dismissal since Disney introduced a ban on beards in the Cold War era of the 50’s.

This ban has finally been lifted, and although a ‘Rasputin’ look is still going to fast-track you to the Disney barbers, a short and neat display of facial hair can now be tolerated.

Despite this relaxation on beards and also the downgrading of wearing pantyhose to ‘optional’ for female employees, Disney still imposes a strict dress code on its workers – a document which covers hair coloring, jewelry, and even the length of finger nails.

However, that’s nothing in comparison to UBS, who operate a 40-page tome governing what’s hot and what’s not in the world of Swiss Banking office wear.

Here are some of the highlights. 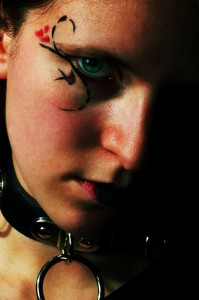 "Sorry, but you're not quite the sort of material that the bank is looking for right now."

Women must not wear:

They should also avoid showing their roots if they color their hair, and should always carry a spare pair of stockings.

Both sexes are to:

There are further ‘suggestions’ such as how to repair stockings with nail polish, how to extend the life of hosiery by keeping toenails clipped and filed, how to choose the right aftershave or perfume, and how to apply make-up and select the right pair of stockings.

While this is a bit extreme, it illustrates what can be deemed acceptable in terms of attire and personal appearance. No wonder that there isn’t even a country-wide code specifying the areas of dress and presentation an employer may pronounce upon.

So, when does one’s right to self-expression get over-ridden by an employer’s right to set standards and to protect or operate their business?

In the case ofUBS, the underlying cause behind such an all-encompassing charter is almost certainly an attempt to bounce back from a major crash which saw them on the receiving end of a $6bn prop courtesy of the Swiss government.

Unfortunately for those who believe it is their right to turn up for any job wearing jeans and a tee-shirt, there are some obvious cases where ‘self-expression’ has to take a back seat to the needs of the job. The most obvious of these are where the clothing:

Enhances – Dancers and other entertainers

… but we should also consider those whose clothing:

Is part of their job (i.e. it promotes or reinforces a brand image) – Shop workers, restaurant staff, baristas

However, if your particular job is not covered by one of these categories, should you be able to dress how you want?

If you’re reading this and feeling shocked at how regimented the UBS workers are, then just stop and consider for a moment. To my mind, an employer (of one of the sections not covered in the five above) has the right to expect his or her staff to dress in a way that will allow them to perform their duties to the best of their abilities while, at the same time, not devaluing the company in the eyes of its customers, shareholders or the public generally.

Thus, if an employee wears something to work which results in:

… then they have crossed a line between their own freedom of expression and the rights of others.

But this does nothing to address the rulings against tattoos and body piercings which are OK in some situations (but not in others) or which are ‘OK, provided that …’.

We exist in a multi-cultural, self-expressive and diverse society yet we are incredibly intolerant and conservative when it comes to work. 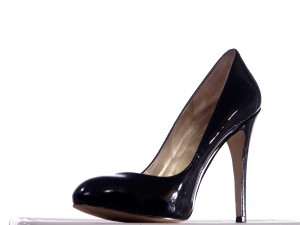 Male politicians have been wearing them for years

I’d like you to imagine that someone had just introduced a rule which said that all female office workers must wear high heels and all male ones must wear a tie. Imagine the outcry. Think of the legal ramifications of accidents resulting from these rulings.

The trouble is that, as a species, we seem to pride ourselves on our knee-jerk assessments. Why should an orange-haired bank manager with his tartan mini-kilt be any less competent than a short-back-and-sided pin-striped one and what justification do I have for taking a denim shorts-wearing tax officer with a nose stud less seriously than a twin-suited equivalent with a pearl necklace?

Ironically, experiments done with young children and disfigured teachers show that, if the whole thing is played down and dealt with matter-of-factly, then all that counts is the standard of teaching. Commonsense, at long last.

Well, as Dopey wouldn’t say, that’s enough muttering in my beard for one day.

He also has a ‘Dutch’ beard and a moustache!